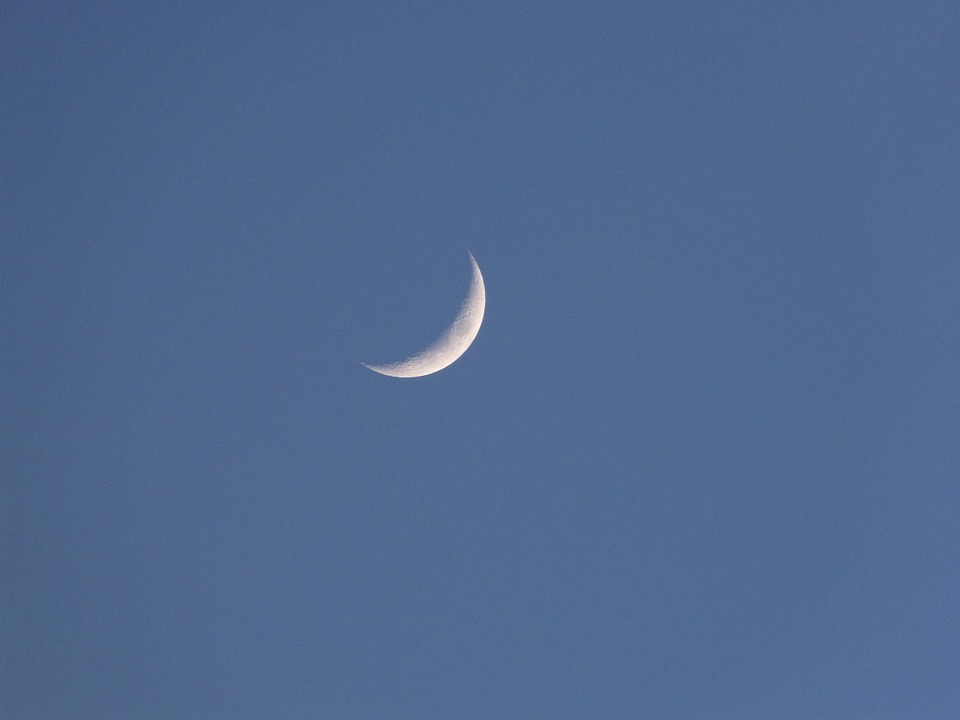 When two planets form an exact conjunction it heralds the start of their cycle. When those two planets are the Sun and Moon it is the New Moon.

The New Moon is the first of the eight lunar phase and it is the beginning of the Sun Moon cycle as both celestial bodies are at the same place in the zodiac.

The Sun/Moon synodic cycle is a “meeting” of the two planets.

The Moon travels around the Earth through the tropical zodiac and it takes around twenty-nine and a half days for the Moon to catch up with the Sun. Each year there will be thirteen New Moons so one month in any given year will have two New Moons.

From the New Moon until the Full Moon in a fortnight we experience the waxing half of the month. The Moon is becoming bigger in the sky each day. It is a time to focus on things that require growth.

New Moons are known as seed moments during the month. They are times to literally plant seeds for your future. Things germinate in the dark of a New Moon.

Every month (well almost) the New Moon happens in a different sign as the Sun moves through the zodiac. The type of things you can “sow” are shown by the house in your chart in which the New Moon occurs.

On the night before, the night of and the night after a New Moon the Moon cannot be seen. These are the dark nights of the month.

Naturally nocturnal animals are less active at this time. When the light again begins to be reflected by the growing crescent Moon the night time creatures go back about their business.

Those of you into gardening can take note of planting seeds at the New Moon for optimum growth and fruition. Farmers do this as a matter of course.

We experience high tides at the time of the New Moon as both the Sun and the Moon exert gravity from the same position on the seas and oceans of the Earth.

Taking this one step further (and as the human body is largely water) it follows that the New Moon gravity will affect us as well.

The Moon provides us with the shortest of the planetary cycles.

It may sometimes go unnoticed by us.

Maybe this is the month to pay attention.

You can try some New Moon wishing and get in closer contact with the cycles of the Moon.