5 Tips on How to Read a Birth Chart 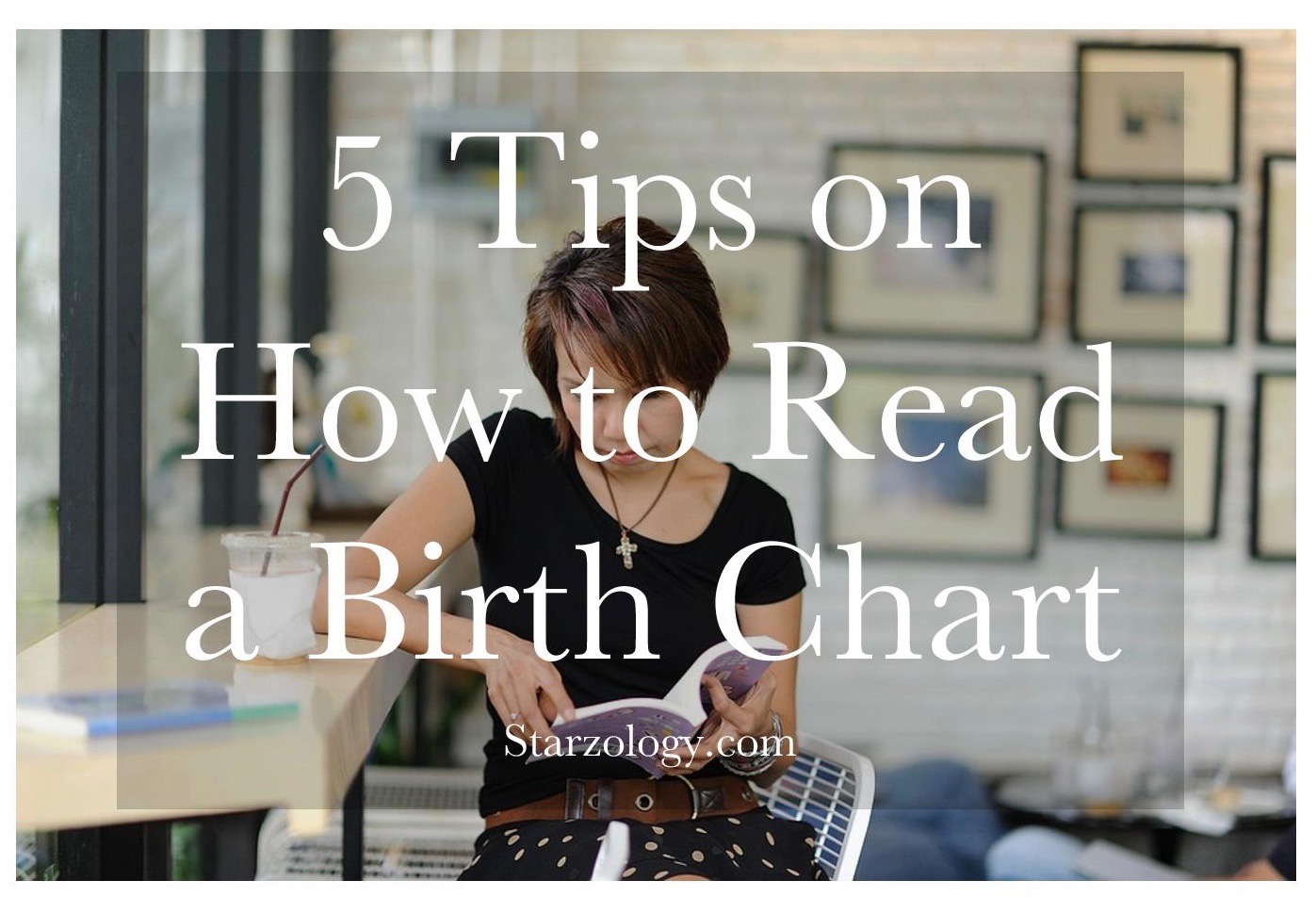 Every time you attempt to read a chart there are so many things to look at it can be daunting.

Here I have brought the essence of chart reading down to five features to consider. These are things you will always consider when doing any chart reading. If you practice this type of high level chart your interpretation you will get to the heart of your chart reading soon.

These five tips will sharpen your focus so you don’t go off at a tangent or wander down a chart reading back road. 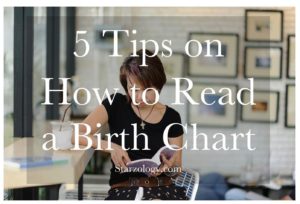 The dominant broad stroke refers to the background feel for a chart shown by the quantity of plan at and their distribution throughout the char. It does not consider individual planets.

The broad strokes that you count are:

In all of this find the highest possible number and focus on interpreting that broad stroke.

The chart ruler is the planet that rules the sign on the ascendant. If it is one of the three signs with two rulers (Scorpio, Aquarius or Capricorn) then look at both rulers.

Look closely at this planet and discover it’s message. Understand this planet by sign, house and any aspects it receives in the chart.

It is strong if it is in its own sign or in exaltation. Or in other words if it has essential dignity.

It is strong in accidental dignity which is the natural house of its sign. So for example, Mars in the eighth house is strong because Mars rules Scorpio the natural eighth sign.

Notice if it rules the hemisphere, quadrant or house it tenants.

If it has only soft aspects it is supported but if it receives only hard aspects it is afflicted. A combination of both is neutral.

See if it dominates the chart by being most elevated, oriental, the final dispositor or is it in an angular house (first, fourth, seventh or tenth). These positions add weight.

See of it forms part of a major aspect pattern and if it dominates the pattern. This placement adds weight.

Check if its motion is direct, stationary or retrograde. being direct adds weight and retrograde detracts.

Understand the Sun in the chart by sign, house and any aspects it receives.

Fully explore the message of the Sun in the chart.

To find the tightest aspect you have to consider the aspects between the planets and the orbs.

Look for aspects between the planets and not the points. The planets to consider when looking for the tightest aspect are; the Sun, the Moon, Mercury, Venus, Mars, Jupiter, Saturn, Uranus, Neptune, Pluto and Chiron.

Do not consider any points like the Ascendant, the Midheaven, the lunar nodes or the part of fortune etc.

I also do not consider the asteroids unless you use them in your daily astrology practice. If not then ignore asteroids including Ceres.

Only look for the five Ptolemaic aspects which are the conjunction, sextile, square, trine and opposition.

Find the aspect with the tightest orb which should be 00 00′. See which aspect it is and understand the meaning of this aspect. look at the two planets in the aspect and how they will work together in this chart and in this aspect.

Check the house and signs that the tightest aspect lies over and understand what this means.

You need the find the most dominant major aspect pattern in the chart.

If there is more than one major aspect pattern of the same type, say you have three T-squares, then find the tightest orbed T-square, the non-disassociate T-square and the one that includes the chart ruler, the Sun or the final dispositor.

Find this major aspect pattern and fully understand the planets involved in it by sign, house and essential dignity.

Use these 5 tips to help you read a chart quickly and easily.