The twelve houses can be divided into three groups.

This is known as the triple division of the houses.

There are Three Divisions 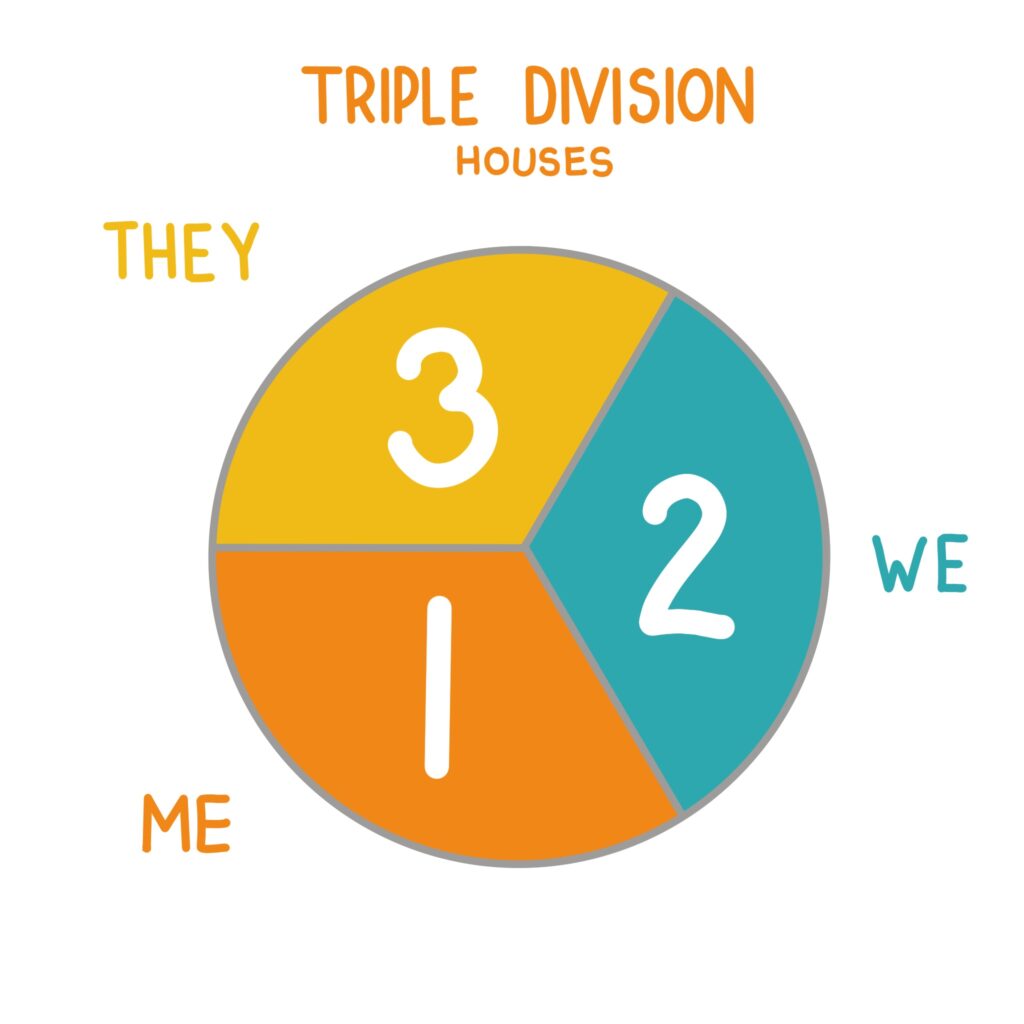 Using the usual planetary count of only the visible planets (Sun, Moon, Mercury, Venus, Mars, Jupiter and Saturn and thus seven planets in all) count the planets in each triple division to find the strength or weakness.

Triple divisions are strong when they contain five or more planets, or they are weak when they have no tenants.

It is the me division.

It is the we division.

It is the they division.