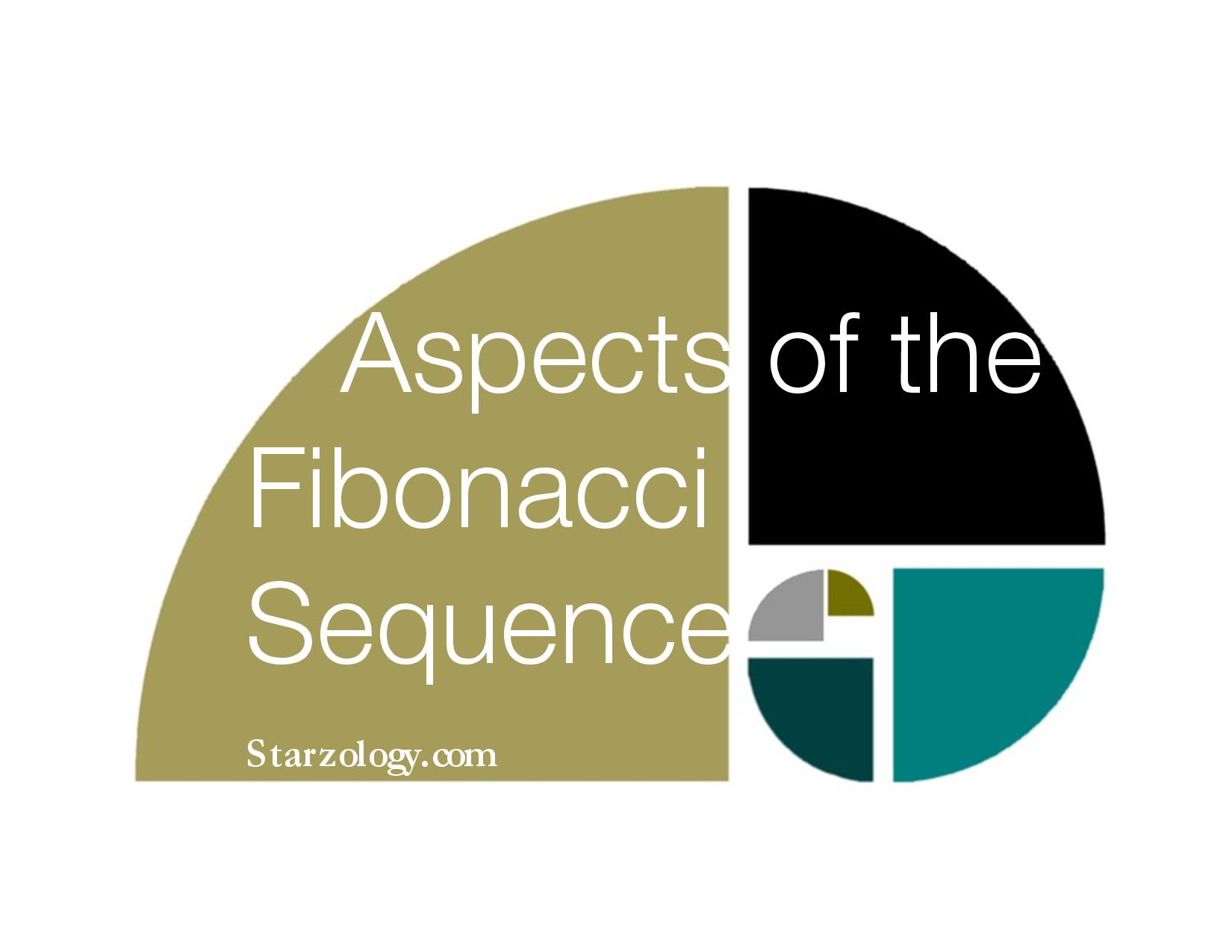 Aspects of the Fibonacci Sequence

To remind you the Fibonacci sequence is a pattern in numbers where the previous two are added together to result in the next number in the sequence.

One plus two equals three, two plus three equals five, three plus five equals eight and so on.

It can be drawn as a widening spiral. This shape is found in nature in plants and animals and can be clearly seen in the nautilus shell chambers and in the head of a sunflower.

The numbers build on the past sequence to create the future patterns.

It seems to me that this reflects a natal chart as it begins to progress and develop by building on what has gone before. The progressed chart unfolds over time from a base point in time i.e. the natal chart.

Situations that occur in life must have been in the natal promise to start with.

In this sequence of numbers we see that the square (4) and the sextile (6) do not appear. Nor will the semi-sextile (12) aspect.

Well, astrology is a system of patterns and symbols.

We happily take chart divisions from one to twelve and for the simple reason that every number is represented.

We are also ok to extract the hard aspects in the eighth harmonic (1, 2, 4, 8) and call them manifesting aspects.

Surely if the Fibonacci sequence occurs in nature and so is part of the Earth experience should we not consider this group of aspects in a particular way?

Perhaps because the quintile aspect is found in the Fibonacci list that is our first clue. Quintiles are closely associated with your creativity and genius.

What about the thirteenth harmonic?

Keywords transformation and values. This is not an aspect that is widely used in general astrology but can it be somehow associated with the meanings of the others in our sequence, maybe following the quintile theme?

I’m not sure, but using the Fibonacci aspects in a particular way as a group is a theory that has been buzzing in my thoughts for a while now. I wanted to put these ideas out there for consideration.