The asteroids orbit the Sun, and they are solar system bodies. They are smaller than the planets, and their paths lie mainly between Mars and Jupiter.

The big four asteroids were discovered first because they are so large, and they could be seen with the early telescopes. These are the main asteroids.

This special status conferred onto Ceres has brought Ceres into many astrologer’s mainstream practices, and you will often see it in printed charts.

The central asteroid belt lies between Mars and Jupiter and contains millions of varying sized objects some as large as the planet Pluto and some the size of a potato. 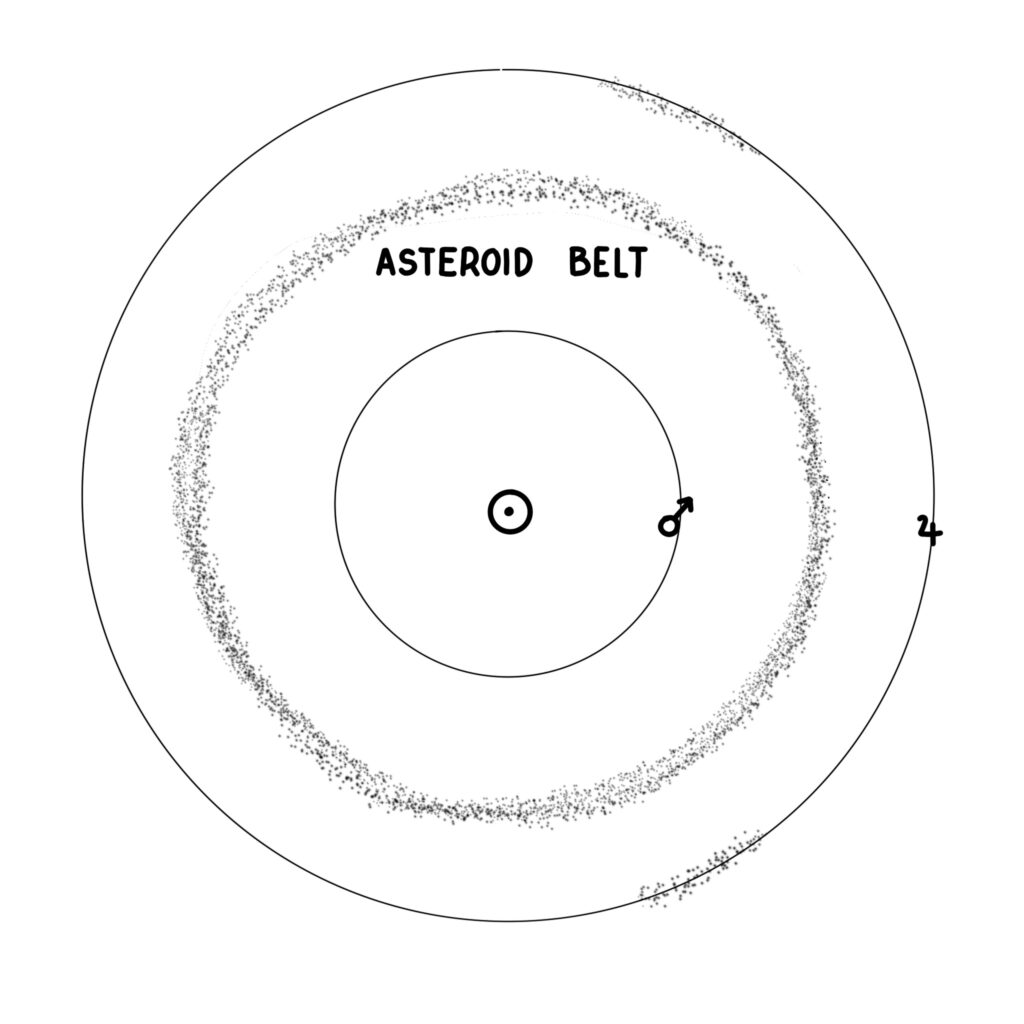 All the asteroids are named after Goddesses. They are mostly female.

Female goddess asteroids balance out the male-dominated planets such as Sun, Mars, Saturn, Uranus, Neptune, Pluto and Chiron in a chart.

In the myth of Jupiter, we see the asteroid names. Ceres was Jupiter’s mother, and Vesta was his sister, Juno was Jupiter’s wife, and Pallas Athene was his daughter.

There are hundreds of asteroids, and many of them have names which can be used in chart interpretation.

Many asteroids were named after Greek and Roman myths, and the asteroid with the same name has the meaning of the myth.

Their paths lie between Mars, which has a two-year orbit, and Jupiter, with its twelve-year orbit, although some asteroid orbits are longer.

Note Chiron is not an asteroid.

Ceres was the first asteroid to be discovered by Giuseppe Piazzi on January 1, 1801, in Palermo, Sicily.

Vesta was the fourth asteroid discovered in 1807. Vesta is the second largest asteroid after Ceres.

The Astrologer Asteroids – asteroids that relate to astrologers in general (Guest post).