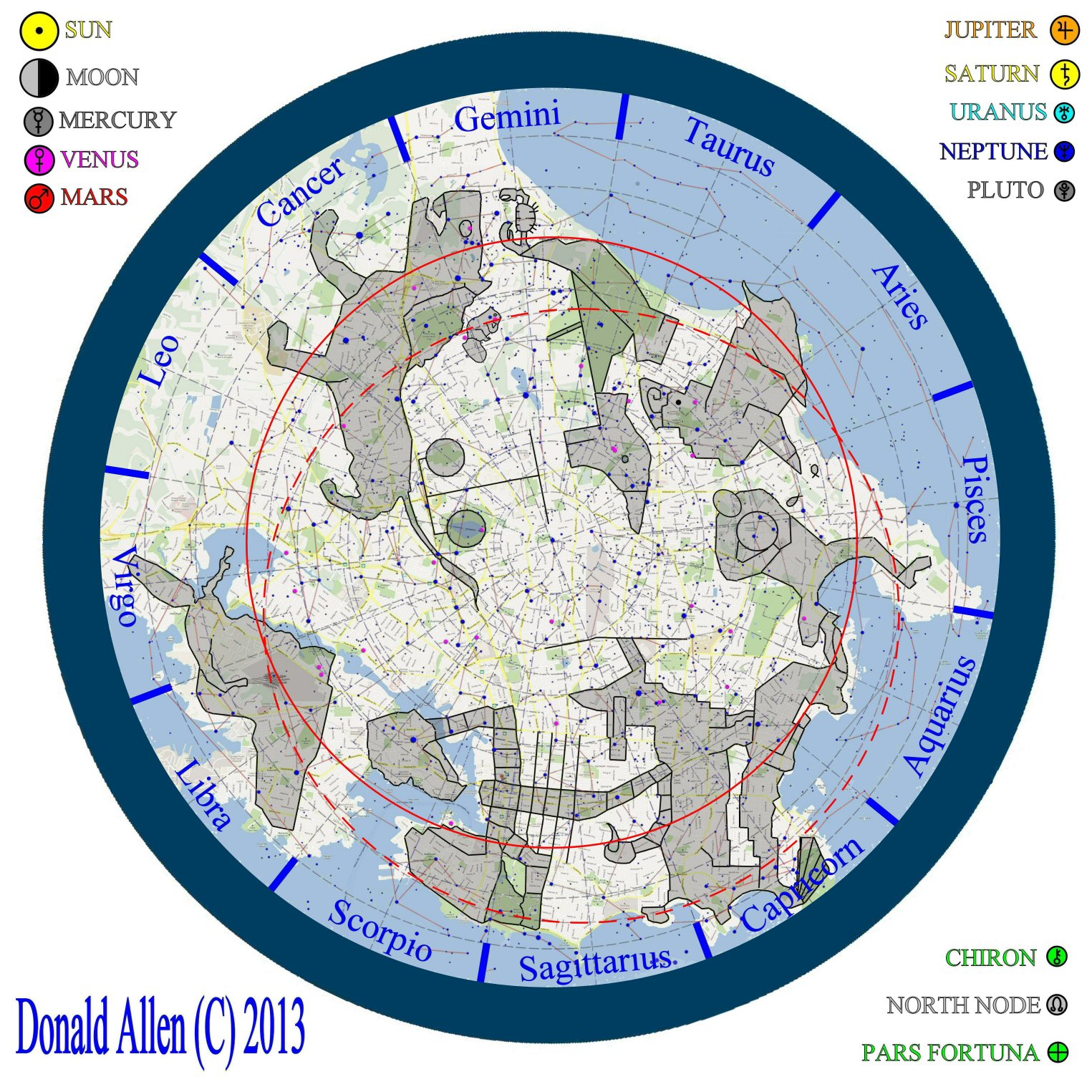 Victoria is the capital of the province of British Columbia in Canada. The city is situated on Vancouver Island on the west coast and is named after Queen Victoria.

I have a particular interest in the Victoria Landscape Zodiac as it is very close to my home. This is an example of local astrology at it’s best. 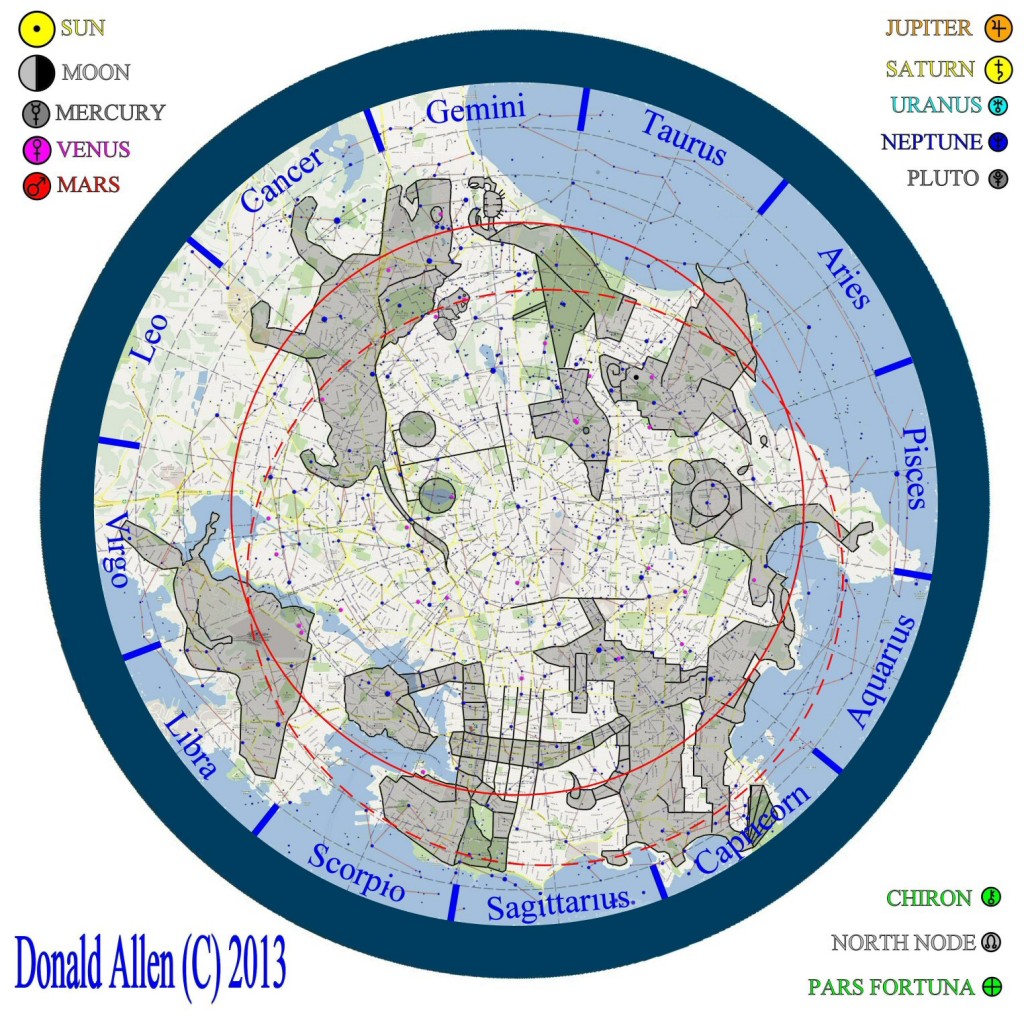 A landscape zodiac is found when you lay the planisphere (a star map of the northern skies) over a street map of a place (in this case the city of Victoria on Vancouver Island in Canada) or other land area and find correlations between the astrology sign meanings and the topographical geography of the earth.

These correlations can be in the forms of street names, parks, buildings, cemeteries, hills, streams, marshes or ponds.

Polaris Star as the Center Point

In the Victoria Landscape Zodiac, the north pole star Polaris is centered on the city at the aptly named Pointer Place.

The wheel is then adjusted until some form of connections is determined. Once the rotation angle has been decided the zodiac is set to that degree on the city map. In this way, the city of Victoria is segmented into the twelve signs.

Once the rotation angle has been decided the zodiac is set to that degree on the city map. In this way, the city of Victoria is segmented into the twelve signs.

The constellation shapes created by the stars do not line up with the tropical zodiac because of the precession of the equinoxes. This is well known phenomena of which astrologers are aware.

The shapes of the sign symbols, when laid on a map, are known as effigies. These sign animal shapes (except Libra which is the scales) are then drawn onto the city map. See image.

The astrological tropical zodiac is placed on the outside which is similar to a natal chart.

At this point, your natal chart can be overlaid on the city map and your personal natal planets will be in the same position of longitude and in a particular position in Victoria.

People in the history of the discovery of Landscape Zodiacs are Katharine Emma Maltwood, Mary Dowds and most recently Donald Allen who is the latest dynamic researcher working on the Victoria Landscape Zodiac.

Donald Allen has explicit permission to use the information and maps drawn by Mary Dowds to continue his exploration of the Victoria Landscape Zodiac.

He has successfully discovered the Victoria Cancer and Pisces effigy on the map which adds to his knowledge base.

Research into landscape zodiacs in the Southern Hemisphere using the southern skies planisphere and the southern cross will have to be pursued. Come on South Africa!

If you would like to see your natal chart overlaid on the Victoria Landscape Zodiac please contact Donald Allen with your details and for a modest research donation ($19.99 by PayPal) he will provide you with a full-color image of your chart married to the beautiful city of Victoria. He looks forward to hearing from you.

Donald is actively researching the Victoria Landscape Zodiac and he would love to hear from you.

You are invited to contact Donald Allen by email at victorialandscapezodiac@yahoo.com and you can visit his Victoria Landscape Zodiac Facebook page.

The VLZ project is a work in progress I hope to keep you up-to-date with developments.