Well I’ve been in my new city for six weeks now and I have joined the local astrology group. The Fraser Valley Astrological Guild and I have been voted in a their new president. How exciting!

“Where is this place?” you ask me, well, the Fraser River is the reason Vancouver is where it is.

The Fraser Valley is a huge area spanning out on both sides of the river as it flows down from it’s source high in the Rocky Mountains. At the mouth, the Fraser River fans into a typical river delta flowing into the Georgia Straight and ultimately the Pacific Ocean on British Columbia’s west coast of Canada. 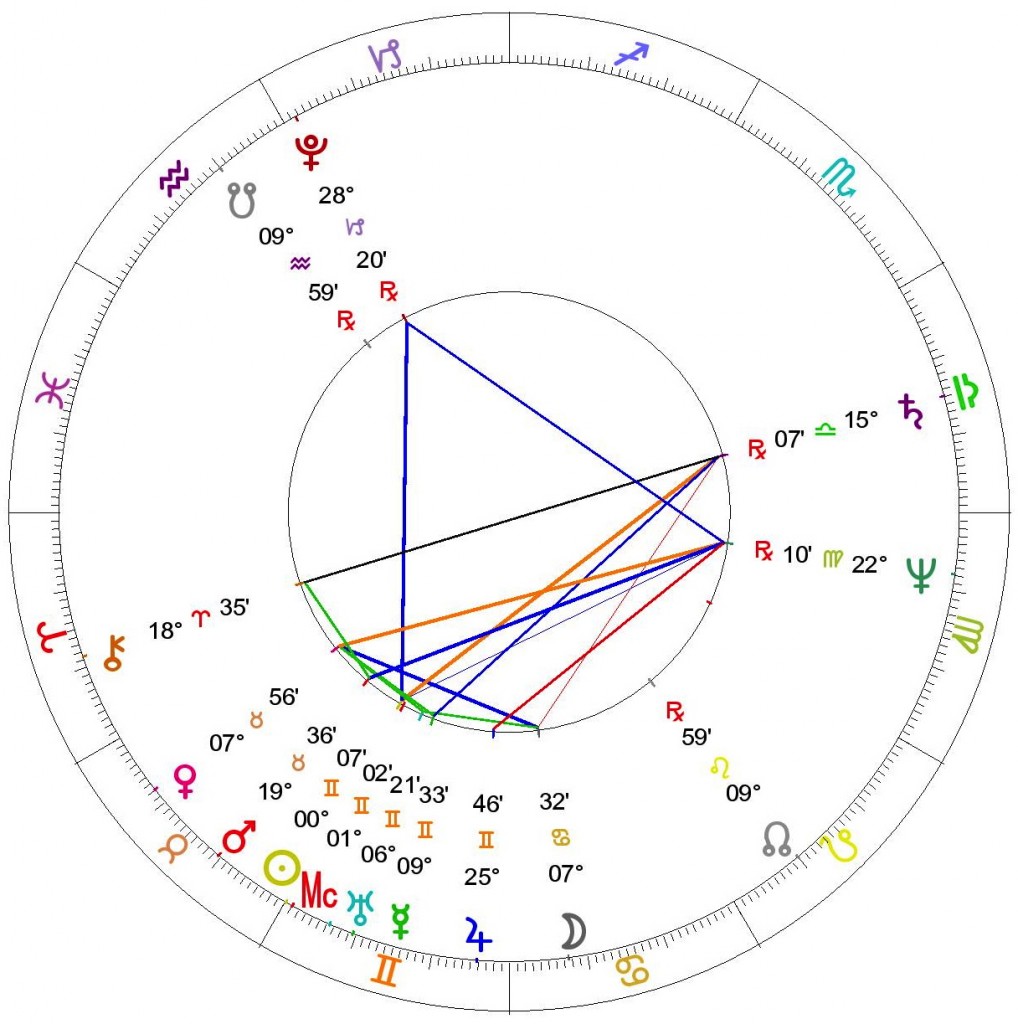 Simon Fraser (1776-1862) (the guy the river is named after) was one of the first men to reach Canada’s west coast and he established a settlement back in the 1800’s.

As the Moon travels about thirteen degrees each day erecting a chart for noon places the Moon only six and a half degrees out thus I know the Moon was in Cancer but I dismiss the lunar aspects.

The first thing to note is the grand trine between the Sun in Gemini, Neptune in Virgo and Pluto which was in Capricorn (as it is now). Pluto has almost completed a full orbit of the Sun since his birth.

Of course many people born in the 1770’s would have a grand trine in their charts because Neptune is trine Pluto so every planet will likely form a grand trine during those years.

Fraser has Mercury in its own sign of Gemini disposing three other planets in the mutable air sign. He was first and foremost a fur trader and Mercury rules trade of all kinds (I’m not sure which planet would rule fur or pelts). Mars is oriental and indicates he was at home as a pioneer.

The Outers weren’t there

Astrologers often remove the outer planets in a chart for someone born before Uranus, Neptune and Pluto were discovered. These three planets were not in the conscious of people in those days.

It really is up to each astrologer to decide on this. Personally I use them all because even though Fraser did not know of the outers they were still part of the Solar system exerting their influence on his psyche.

When the outer planets are in contact with inner planets it brings the energies of the sometimes elusive planets into our conscious. In Fraser’s chart he has the Sun conjoined Uranus. This suggests he was an unusual man by any stretch.

Neptune (the visionary) is trine both the Sun and Mars indicating he was a man’s man probably energetic and at ease with knives and weapons. Rivers are ruled by Neptune. This hints that he dreamed of conquering his own personal challenges.

History is not my strong suit (yet), but I try to get to know a little of the background and stories of the places I live in. Maybe over the next few months I can dig a little deeper into the history of the Fraser Valley and the Astrological Guild that bears its name.