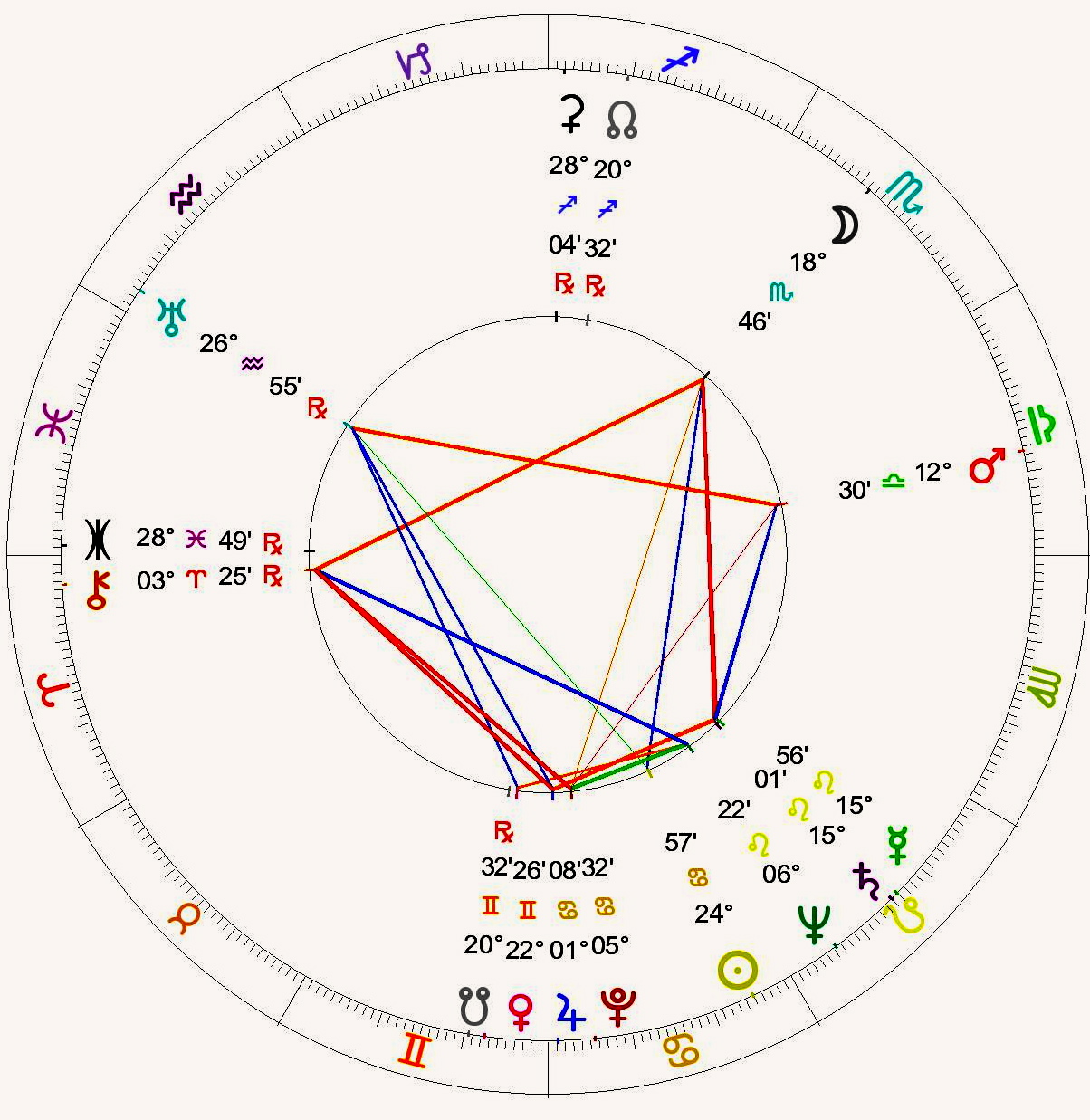 Madiba was born was on July 18, 1918 in the small village of Mveso near the town of Butterworth in the Republic of South Africa.

He has an unknown birth time so his chart is calculated for noon.

This chart features the Sun, Jupiter and Pluto inCancer. We have to remember that Pluto had not been discovered and therefore was not part of the human consciousness when he was born. 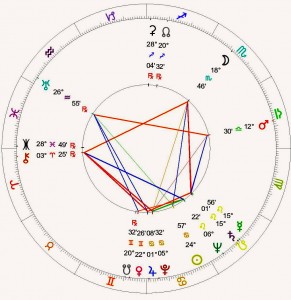 We note that transiting Pluto has recently made the opposition to his natal Pluto which in itself is interesting as the ruler of Scorpio usually takes 245 years to make one orbit of the Sun. On average it takes 125 years to form an opposition to its natal place.

This has happened sooner as Pluto was faster in Scorpio at the closest to the Sun  during the 1980’s. In the past people would never get the Pluto half-return in their lifetime. This is the case for people in their nineties alive today.

The Moon in Scorpio and Pluto in Cancer are in mutual reception by sign and may be linked by a sesquiquadrate aspect (birth time permitting). This reinforces the connection between the people and change through upheaval.

Massive (Jupiter) resistance and upheaval (Pluto) brought the spotlight (Sun) to his country (Cancer) and was a part of his life for many years. This was interspersed with years incarcerated on Robben Island off the coast of Cape Town.

His triumphant position as the president of South Africa and global acknowledgement for his efforts will be remembered.

One can only guess at the transformation occurring in the streets of South Africa this week as the country mourns their loss.