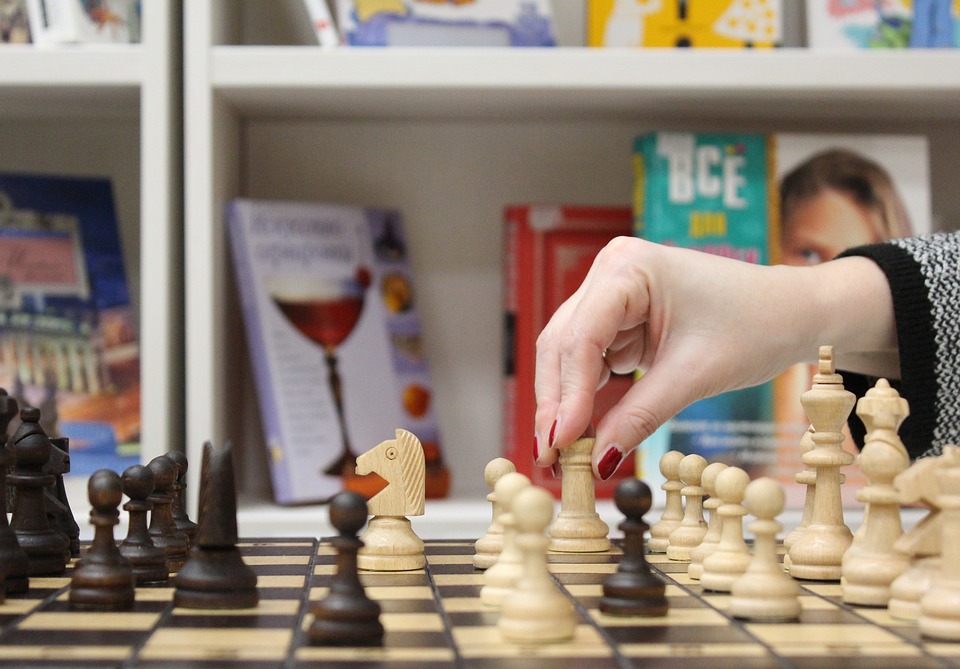 Chess is a board game of strategy. It makes you think. There are six different types chess piece and each one has it’s own moves.

The board is a black and white grid of eight by eight squares and you face your opponent with the white square at you right hand.

I believe every child from the age of five onwards should be playing chess after dinner each night for half an hour before watching TV.

The king can only move one square at a time and capturing the king is the target of the whole game. He has little defense from the rest of the board and relies on his close family and people to care for him.

Typically a king inherits his destiny from his family.

The planet that suggests the king is the Moon and emotions and responses are often ingrained and inherited.

The queen is the most powerful piece in chess. She can cover three times as much ground as the bishop, knight and rook. For sheer style, influence and power the planet indicated has to be the Sun.

Opponents who only have their queen left on the board can easily win the game against a selection of other pieces, such is her power and reach.

The two bishops (one on the black squares and one on white) move diagonally across the board. This angular movement can allow others to breach their line if they are on the other color.

I was tempted to go with Jupiter and the religious connotations.

These are the backbone defense pieces and can move horizontally and vertically without others crossing through their line unlike the bishop (see below). The rooks suggest Mars for warriors and battlements and Saturn for boundaries like castle walls.

Rooks also have a classy move called castleing where, if there are no pieces between the king and the rook, and they both have not been played yet, the two can be moved two spaces sideways.

Knights ride horses and the piece is in the shape of a horse’s head so we immediately think of Sagittarius and therefore Jupiter.

They move in an “L” shape and can jump over other pieces on the board. Knights typically travel far and wide and have crusades and quests similar to Jupiter.

The eight pawns can only move forward one space at a time unless it is their very first move when two spaces are allowed. If a pawn can reach the other side of the board the player can choose to have one of their removed pieces replaced by that pawn as a reward for making it through.

Generally the pawns run interference and are background to the main story, so here we have them symbolized through the outers (Uranus, Neptune and Pluto) and any other planet that is not well placed in the chart.